The annual Short Mat Drawn Pairs is the first competition of the year for Chesham Bowling Club.  Sixteen pairs took part, and winners were Chris Fillery and Keith Patrick. 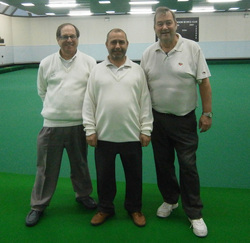 Keith Patrick was also in action on Sunday winning the Buckinghamshire Short Mat Triples championships with Howard Cave and Paul Knight (of Sands BC).  Teams from all over the county competed for the title at the Handy Cross Indoor Bowls Club.   They go on to represent Buckinghamshire in the National Finals to be held in Derby in April. 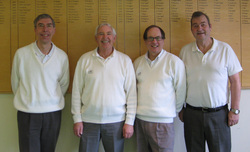 Chesham Bowling Club followed on from their victory in the County Short Mat Triples last week to win the County Fours competition.   Howard Cave and Keith Patrick were joined by Malcolm Warwick and Malcolm Tingle to win against teams from all over the county last weekend at Handy Cross Indoor Bowls Club and again go on to compete at the National Championships in April.